17 Nov The Bibel Team: What Rates Are Doing

Posted at 10:02h in Mortgages, Videos by Eric Bibel 0 Comments

What Rates Are Doing

[Timestamp: 00:24]
Hey guys, I know it’s a little redundant but what rates are doing every single day, we get client and referral partners asking us what’s happening in the market. So, I just want to continue to have an open dialogue around where rates are, where they’re expected to go, and really just a state of the union, you could call it. Here we are at the start of the fourth quarter. There’s been a tremendous amount of movement as of recent in the mortgage market. And really it’s over looking back to the last couple weeks. It’s indicative of the rebuilding effort post pandemic. We’ve discussed in videos past, inflationary concerns. So, the devaluation of money. We’ve got, obviously the pandemic and its impact, COVID restrictions, travel restrictions. Now we’re seeing continued impact to supply chains. So, the ability for us consumers to get our hands on specific products. It’s had really significant impact from all aspects of the economy.

[Timestamp: 01:32]
Why do I bring that up? Why I share that with you and how it’s tied to mortgage rates, well, mortgage rates are really a benchmark around long term debt. What yields do so what you invest today and what it pays over a long period of time. And investors look at that as really a safe haven. When we’ve got this explosive kind of movement in the stock market where it’s wild up, wild down, wild up, wild down, money will sometimes pour into the bond market, which will ultimately dictate what interest rates do. As demand increases rates lower and vice versa. Over these past couple weeks, we’ve seen a tremendous amount of volatility on wall street, which has spurred a tremendous amount of volatility in mortgage backed securities. Really it’s a kind of the beacon, if you want to call it, for what mortgage rates are doing.

[Timestamp: 02:23]
Coupled with some of the sentiment that came out of the federal reserve specifically the chairman, Jerome Powell, talking around what their stance is on go forward, quantitative easing, and their purchasing of mortgage backed securities in the secondary market. So, quick download on that, the federal government is the primary purchaser of mortgages once they’re originated, which has continued to keep rates suppressed. And also with the monetary funds rate near zero, rates up until a couple weeks ago have been relatively stable. Once they came out and really started giving direction, Jerome Powell with the federal reserve and their direction. Once they gave clear direction around where their stance is from a purchasing standpoint of mortgage backed securities, they’re going to gradually taper off the expanse of purchasing. They were purchasing upwards of 5 billion mortgages a day. And in addition, they laid out a clear plan around what they expect the monetary funds rate to do over the next two, three years.

[Timestamp: 03:35]
And really the expectation there is that we’ll see potentially six rate hikes into 2024. And again, federal funds rate does not control mortgage rates. They control short term debt. So credit cards, he locks student loans. Now there is correlation with that to mortgages. As that benchmark rate moves up, we start to see mortgage rates climb with it. So, nothing was done in this meeting a few weeks back, but the conversation alone spurred activity. It really kind of spooked and kind of startled the markets in there. We saw mortgage rates effectively move overnight, by about an eighth to three eighths of a percent, depending upon the product. And really since the latter part of September, 2021 and into the start of the fourth quarter, we’ve really not found a new footing where rates have kind of fallen back off.

[Timestamp: 04:34]
So we’re seeing, you know, rates in the low threes in some instances. And I share all this with you, just as a point of context. Rates where yes, they have climbed from their all time lows, they’re still at phenomenal levels. I mean, really near historic lows. You know, you rewind the past 60 years. Average rate of interest is just over 6%. We’re talking about 30 year fixed rates still in the low threes. So it’s still a phenomenal opportunity for you to purchase or refinance. With that, we would love the opportunity to dig deeper into this with you. Please reach out to my team and me today. Thank you. 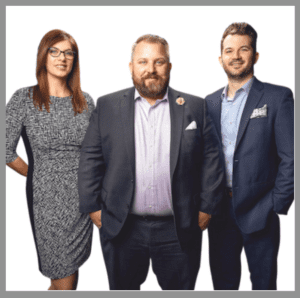